The show will cover over 40 years of Elton John music, and will be performed by Las Vegas’ renown Elton John tribute entertainer, Jeffrey Allen!

He will be performing hits like Rocket Man, Crocodile Rock, Candle in the Wind and many more Elton John Classics. His performance will be punctuated with the flair so associated with Elton John such as outrageous costumes and bold oversized eye glasses!

Check him out here!

This show is a fundraiser for the benefit of New Hampshire Prostate Cancer Coalition.

Becoming a Sponsor
Please direct all questions about donating, becoming a sponsor, or general information to Richard Hatin at 603-505-0170 or by emailing him at [email protected]. Donations may also be mailed to NHPCC C/O Richard. L. Hatin, 5 River Field Path, Hooksett, NH 03106.

Cold As Ice is the country’s #1 Foreigner Tribute act, and the only tribute to be recognized by both Foreigner and Lou Gramm. Experience the top-hit rock ballads “Waiting for a Girl Like You” and “I Want to Know What Love Is”, along with all the rock classics – “Cold as Ice”, “Urgent”, “Hot Blooded”, “Feels Like the First Time”, “Double Vision”, “Head Games” and SO MANY MORE!

With years of live performances, award winning vocals, and national touring, the Cold As Ice line up consists of some of New England’s best musicians that undoubtedly captivate audiences with spot-on recreations of Foreigner’s hits. Performing with amazing vocals, harmonies and musicianship, Cold As Ice is an act to remember! 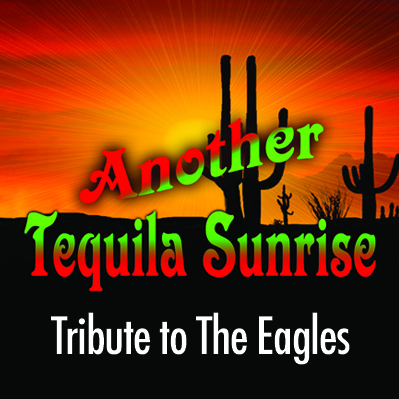 Another Tequila Sunrise: Tribute to the Eagles

THIS EVENT IS SOLD OUT!

ANOTHER TEQUILA SUNRISE has been performing to sell-out crowds all over the country for nearly fifteen years. The thunderous applause and standing ovations emphasize that this group is the premiere Eagles Tribute band of the USA. Performing complete album sets to solo material from Don Henley, Glenn Frey, and Joe Walsh. This group offers a sophisticated performance ranging from soaring ballads to heavy rockers, with sweet vocal harmonies and jangling guitars; they cover it all! “Another Tequila Sunrise” captures the musical experience of the Eagles and beyond.

Another Tequila Sunrise is America’s MOST AUTHENTIC Eagles Tribute Band.

The band has continually raised the bar and musicianship with each incarnation, and the current line-up is second to none! With several of the members dating back to the early days, the core of the band remains strong and tighter than ever.

Formed in 2001, the band has honed their act to a fine edge over the last 15 years. This New England based group has played from Georgia to New York to Maine and Illinois down to the southern tip of Texas, and points in between. The Band members are Jeff Griffith as “Glenn Frey”, Keith Brindle as “Don Henley”, Rick Steinau as “Randy Meisner” and “Timothy B Schmit”, Mike Fretwell as “Joe Walsh”, Jeremy Beek as “Don Felder”. Jonathan Audette as “Joe Vitale”, Steve Brodi as “Scott Crago”.

Moondance: A tribute to Van Morrison

Rock and roll doesn’t get any better than Van Morrison. Van the Man has done it all – from classic rockers like “Brown Eyed Girl” and “Domino” to legendary tunes like “Tupelo Honey” and “Into The Mystic”, the Rock and Roll Hall of Famer has never failed to impress music lovers around the globe.

Moondance is the ultimate Van Morrison Tribute Concert. This incredible show captures the Van Morrison concert experience like no other. You’ll hear classic tunes – “Brown Eyed Girl”, “Moondance”, “Domino”, “It Stoned Me”, “Tupelo Honey”, “Wild Night”, “Into The Mystic” and “Caravan” – just to name a few. The show is packed with one Van Morrison classic after the next.